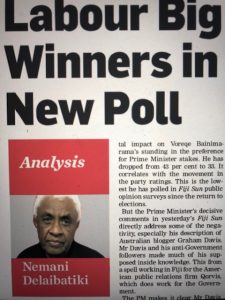 True to form, the Fiji Sun has tried to please its political masters in government by burying the latest results of the Fiji Sun/Western Force research poll published in today's edition of the paper. It leads with the relatively unremarkable news that the Fiji Labour Party has "leapfrogged the smaller parties to secure third place after FijiFirst … END_OF_DOCUMENT_TOKEN_TO_BE_REPLACED 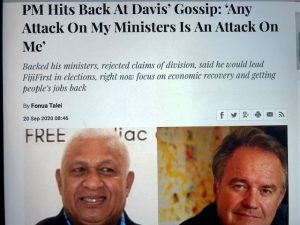 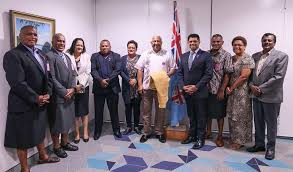 This is a story that will be read with intense interest in Fiji, not only by the Fijian people but foreign diplomats and development partners, who will finally get an answer to one of the most frequently-asked questions about the country’s future direction - who will replace Frank Bainimarama as Prime Minister when he eventually chooses … END_OF_DOCUMENT_TOKEN_TO_BE_REPLACED

It will obviously be critical when Fiji's borders re-open that intending visitors are confident that the country has adopted international best practice when it comes to dealing with the Covid-19 threat. Which makes it all the more perplexing that the country's leadership is so demonstrably failing to set an example to the nation, especially in … END_OF_DOCUMENT_TOKEN_TO_BE_REPLACED

Within a month of its return, Grubsheet Feejee has already become a significant contributor to the national debate in Fiji, with a surprisingly high number of visitors for a small country with relatively limited Internet access. On Friday alone, we attracted 6,705 views for our exclusive on the Military Council's blueprint for the future and our … END_OF_DOCUMENT_TOKEN_TO_BE_REPLACED 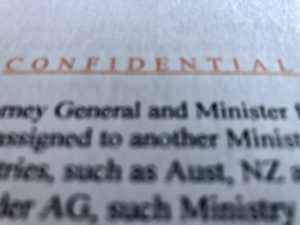 Shocked to the core by his near defeat in the November 2018 election, the Prime Minister, Frank Bainimarama, summoned the people he trusts most – his military colleagues who helped him seize power in 2006 and who are still the ultimate authority in Fiji. They are the members of the Military Council - senior military officers still in uniform … END_OF_DOCUMENT_TOKEN_TO_BE_REPLACED