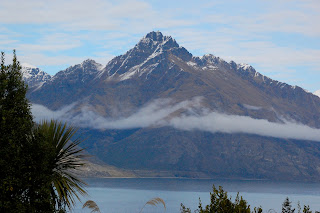 There’s something especially cruel about the New Zealand earthquake, which has flattened much of central Christchurch and looks increasingly certain to be the worst in the country’s history. To have been struck a mortal blow not once but twice in the space of six months must make the stricken residents of the city named for its churches feel more like residents of the City of the Damned. There’s fearful symbolism in the fact that so many places of worship were toppled and that people died in them. God’s Own Country – as Kiwis are fond of referring to their homeland – has taken a hellish battering.

The latest casualty figures of  147 dead and more than 200 missing after the lunchtime catastrophe are an appalling blow for a country of just three-and-a-half million people. Every New Zealander will have been touched in some way by this tragedy, whether directly or by simply knowing someone because of the small-town intimacy of the whole nation.

Every Kiwi is also aware from childhood of the risk of living in the shadow of disaster because of the massive tectonic fault line that runs down the centre of the country. Yet nothing can have prepared them for such a huge psychological blow, as the death toll seems certain to eclipse the previous record of 286 from the earthquake that struck the Hawke’s Bay region of the North Island in 1931. Can Christchurch ever be properly rebuilt, given the almost certain prospect of future quakes? New Zealand faces some agonising decisions plus a lot more fear, as seismologists warn that the capital, Wellington, is overdue for a “big event” itself.

Kiwis and Aussies have always had a relationship of siblings – intense bonds on the battlefield, intense rivalry on the rugby field and good and bad jokes at each other’s expense. But it was a sign of how close we really are that Australian emergency workers were on the ground in Christchurch within hours and will stay there for as long as New Zealanders need them. The arrival of a large contingent of Australian police prompted a standing ovation from the throng in the Christchurch Airport terminal, a sign, if any were needed, that this tragedy has made the relationship stronger.

At a time of heart-wrenching grief, we stand shoulder-to-shoulder as one nation united in sorrow. The condolences of every Australian go the bereaved, along with sympathy and encouragement to the other quake victims.