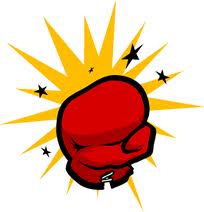 Someone we know who taught Tony Abbott at Sydney’s Saint Ignatius College has a wonderful story that tells us much about the man who thinks he was robbed of the chance to lead Australia at the last election and certainly intends to do so after the next. The year was 1975 and Tony Abbott was in Year 12, a confident all-rounder and the cherished favourite of his Jesuit mentor, school chaplain Father Emmet Costello, who fanned young Tony’s desire at the time to enter the priesthood.The Jesuits are the intellectual elite of the Roman Catholic Church and “Iggies” – otherwise known as Riverview – is also the school of choice for much of Sydney’s Catholic social elite. So it was seen as pretty unexceptional to have Australia’s then governor-general, the snowy-maned tippler Sir John Kerr, visit the school to address the students.

The times themselves, however, were far from unexceptional. Indeed Australia had been plunged into a full-blown constitutional crisis when then Liberal opposition leader Malcolm Fraser threatened to use his power in the Senate to cut off the funds needed by faltering Labor Prime Minister Gough Whitlam to govern.  All eyes were on Sir John Kerr, the Queen’s representative, who had the final “reserve powers” under the constitution to break the impasse, if necessary, by sacking the government and forcing Whitlam to an election he was certain to lose.The nation was fixated about what was on Sir John’s mind, including Tony Abbott, who turned eighteen on November the 4th and was given the task of escorting the Governor-General to his official Rolls Royce as his Riverview foray drew to a close.

As he shook hands with Sir John – our schoolmaster informant tells us – Abbott thanked him for coming and said: “Now Sir John, don’t you go doing anything rash!” Those present will never forget the moment nor the look on Sir John’s face, a combination of surprise and bemusement. Maybe the Yiddish word chutzpah isn’t entirely appropriate to describe what happened at this Papist bastion that day but certainly no-one can accuse Tony Abbott of not speaking his mind. On this occasion, history tells us, his advice was ignored. Sir John Kerr was fully intent on being rash and on November the 11th, sacked Whitlam, who duly lost the subsequent poll.

The point of all of this is to make the point that 36 years later, after a meandering career through the priesthood, journalism and politics to the pinnacle of the Liberal opposition, Tony Abbott sorely needs to regain the ability to tell people what he really thinks. He has to shake off a growing tendency – doubtless born of fear of putting his foot in his mouth – to choose his words so carefully that they lose their power to persuade. It’s bad enough with the electorate, who are subjected to way too many media interviews in which a stream of “ahs” and “ums” make it look as if Abbott is tentative about his opinions when he’s anything but, is trying to hide something or is grasping for words to sugarcoat the otherwise unpalatable. It gives the opposition leader a shifty look that may well account for his inability to appeal to many women voters and keeps him low in the opinion polls as preferred prime minister even as his party is on top. So Abbott and his media advisers badly need to work on this.

The really urgent task, however, is to give his colleagues  the benefit of what ought to be outright belligerence about some of the infighting and backbiting that has plagued the opposition in recent times. Some very big heads deserve to be knocked together, some irksome poseurs badly need to have the strut taken out of them by Abbott’s celebrated left hook. This is a time for unity and policy development if the Coalition is to take government, not for individuals like jolly Joe Hockey and the lugubrious Andrew Robb to step on heads as they try to ascend the Liberal totem poll. Robb has no right to beat depression himself only to inflict it on the Liberal faithful. Yes, he might be able to do Hockey’s job as Treasury spokesman but Joe doesn’t think so and this is not the time to change mounts. Yes, Julie Bishop is a total waste of space as foreign affairs spokesperson and undoubtedly doesn’t deserve to be deputy prime minister. But she is and there’d need to be a much better reason to replace her right now than someone else’s ambition. And she’s a woman, which isn’t tokenism with a woman prime minister on the other side of politics and a female constituency that still hasn’t warmed to Tony Abbott.

All this jockeying for positions in opposition is absurd. But Abbott’s failure to censure his immigration spokesman, Scott Morrison, with a heavier hand over his desire to stop public funds being used to ferry bereaved refugees on Christmas Island to the Sydney funerals of their family members beggars belief. It wasn’t just heartless but appalling politics, the kind of thing that alienates  Liberal supporters – as Joe Hockey appreciated – let alone swinging voters or those many Labor people less than impressed with the party in its current form. Tony Abbott’s inherent decency means that he’ll have been as stricken as anyone by the sickening sight before Christmas of refugees drowning before the cameras or being hurled onto the rocks of the island that takes its name. Yes, Labor is culpable for watering down its own previous hardline on boat arrivals and arguably encouraging the refugees and the people smugglers who prey on them to enter the rickety back door. But when the horse has bolted, there’s something quite repulsive about not wanting to pay for a orphan child who lost both parents to attend their funeral. If, as some argue, Morrison was dog whistling on behalf of One Nation supporters or at least trying to get their votes, then Abbott needed to remove his tongue and rupture his lips. The Coalition will get the hard right vote anyway.

The same goes for the idiotic Liberal senator Cory Bernardi and his comments about Islam being a “totalitarian religious and political ideology”. Tony Abbott will know from his own study of religion that Islamic teachings are pretty much in line with Christian teachings, a belief in one God and different prophets, Jesus and Mohammed. Both faiths have their loony elements but the difference is that Christians haven’t been as successful as Muslims in forming their own sovereign states. Regrettably some of those states are totalitarian to the point of being not only distasteful and repressive but highly dangerous to world peace. But they’re in the grip of Islamic extremists who take a perversely literal view of the Koran in the same way some extremist Christians do about the Bible. The only difference being that these Christians are confined to small communities in the Appalachians or somewhere and don’t have their own nuclear arsenal. In any event, moderates of either persuasion don’t deserve to be tarred with an extremist brush, as Cory Bernardi has done with law-abiding, mainstream-voting Australian Muslims. If Bernardi is Tony Abbott’s “attack dog” – as one Liberal MP whispered to the media – then Abbott urgently needs to muzzle him and if he won’t be muzzled, put him down. An Australian conservative attacking Muslims is not only a bad look but also bad politics. Who else are they going to vote for?

Many Australians are coming to like Tony Abbott for his authenticity, moral clarity, and dogged eagerness to have a go. They almost gave him the top job last time and some of his supposed setbacks in the eyes of the media aren’t setbacks at all in the eyes of middle Australia. Indeed, in the famous long silence of Abbott’s encounter with the Seven Network’s Mark Riley, we’ll wager that much of the country was willing him on to plant one right on the smug Riley’s mooch. Yet the long and short of it is that if Abbott wants to be Prime Minister, he’s got to get on top of the craven misbehaviour and lack of discipline in his own team first. They’re the punches that he has to throw now to have any chance of landing the knockout one on Julia Gillard down the track. It’s a truism in politics that disunity is electoral death and on the evidence of recent days, disunity in the Coalition is slowly nibbling at the Liberal leader’s entrails. Abbott already has to fight the perception that he’s unfit to be Prime Minister because he’ll never be anything other than “The Mad Monk”. But right now, he risks losing the votes of people concerned not so much about him but about a more potent form of insanity in the Coalition’s ranks. Mutually Assured Destruction.