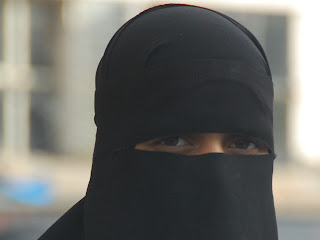 The distaff side of the human family gets to take a collective bow across the world today for International Women’s Day. Commemorative stamps are being issued and portentous speeches made about the great strides forward women have made and how much further they need to go to achieve genuine equality. At the end of it all, most women across the globe will do what they’ve always done – make dinner, tend to the children, endure the mindless mutterings of their menfolk and collapse into bed to recoup enough energy to do it all again tomorrow.

Grubsheet has had mixed fortunes when it comes to women but today is a day to wish even the more troublesome among them sincere felicitations. That said (yes, we know you could feel the “but” coming on), there’s something deeply irritating about some of the nonsense being peddled by one or two prominent Australian women about what advances still need to be made. By far the worst of these is the notion that governments need to legislate to force corporations to appoint more women to their boards.

This ludicrous assault on the much more important principle of appointment by merit doesn’t emanate from the usual gaggle of whining harridans who invariably elbow themselves into the front line of the wimmin’s movement. No, this has come from a woman who ought to know better, the Governor-General and local representative of Our Sovereign Lady Elizabeth, Quentin Bryce.  Now Ms Bryce is in every other way an estimable figure, though Grubsheet sometimes wonders whether that pencil-thin figure is an appropriate role model given the eating disorders that plague the nation’s daughters. She also seems to have an unhealthy appetite for flower arrangement, having spent more than $100-thousand of public money at the florists last year. But these are trifles, of course, no negation of the fact that this former Queensland lawyer is a splendid example to all Australian young women that nothing now stands in the way of them holding the highest offices in the land.

The Governor General is appointed, not elected, to represent all Australians irrespective of racial origin, political persuasion and, yes, gender. Like the Queen, Ms Bryce is a figurehead and ought to, by long-standing convention, keep her personal opinions to herself. So why she thinks she has a mandate to venture any opinion on how the nation’s boardrooms should be run is frankly astonishing and way out of line. When that opinion is so plainly silly, then the offence is compounded.

Women have got where they have in all facets of life through their own efforts and on their own merits. Yes, governments have helped along the way with equal opportunity legislation. That is as it should be. Discrimination needed to be outlawed and a level gender playing field created for women to have any chance of equality. In the advanced industrialised countries like Australia that has been done. Of course, more needs to be done to improve the lot of women in the developing world, where some – like the woman in our photo – are subjected to crushing repression  But having levelled the playing field ourselves, shouldn’t we now leave women to get on with it?

The idea that governments would pass laws to force women onto the boards of the nation’s companies is absurd and a sign of a nanny state run riot. Women are getting onto boards now on their own merits. Yes, the numbers are still relatively modest. The Australian newspaper reports that women make up about 25 per cent of board appointments in Australia but occupy just 11 per cent of boardroom seats in the top 200 ASX- listed companies. But there are a myriad of reasons for this that have nothing to do with equal opportunity.

Even the Governor General acknowledges that “women can now have it all but not all at the same time”. Why? Because they’re still the sole bearers of children and form the majority of carers of children. If they want to eschew this and join the corporate scramble, there’s no legal impediment to this and a host of laws to help them on their way. There’s also scant evidence that when they get to the top of the corporate tree, men prevent them from sitting on company boards. Indeed many companies go out of their way to appoint female board members for the simple fact that their expertise is valued and is good for business.

Perhaps the Governor General’s desire for even more legislation reflects her background as a lawyer. But this is further proof that when it comes to the nation’s leadership, no-one can legislate for common sense. It’s also yet another sign that when a prominent woman says something silly, there’s nothing like the collective rolling of the eyes that accompanies silly statements from a prominent male. When Ms Bryce made her comments to Radio National Breakfast’s Fran Kelly, they went uncontested, just as the ABC didn’t contest the “Minister for All Things Women”, Kate Ellis, when she was silly enough to back the Governor General’s idea.

Believe it or not, there’s also a bloke who’s silly enough to back the idea, none other than that grinning Liberal wannabe-something-more and especially all things to all women, Joe Hockey. We didn’t see it but on the ABC’s Q and A, Jolly Joe evidently ventured the opinion that 30 per cent of the nation’s boardroom seats be reserved for women by law. Hockey found himself in a party all of his own when the drinks in the ABC’s Green Room wore off. His Liberal colleagues abandoned him and poured scorn on the notion, convinced as never before that Joe is an ass.

On that note, a pointer to International Men’s Day, which will be celebrated in a clutch of countries, including Australia, on November 19th. Yes, we wonder why it’s necessary too. But the organisers say Father’s Day is exclusively for fathers and something special was needed for gay men, teenagers and other singles so that they don’t feel left out. Right. Not just a level playing field but a crowded playing field. Men’s Day started among the steel bands in Barbados twelve years ago. How appropriate for banging on about something so totally inane.