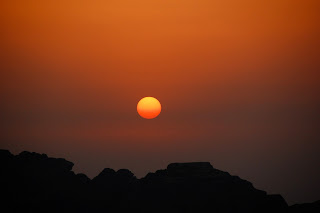 Grubsheet no longer gets invited to most Sydney dinner parties because we’re always getting into fights with other people’s guests about climate change. Insults are hurled, woman cry and their male escorts lunge for our throats. And all because we have the temerity to point out some of the glaring inconsistencies in the arguments of the true believers of what is undoubtedly the great religion of our time.

This is the fevered conviction of these poor souls in the impending armageddon of rising sea levels and either unbearable heat or unbearable cold, conflicting predictions if ever there were. All this is conveyed over the Spaghetti Vongole or some other un-filling dross with the starry-eyed certainty of a Jehovah’s Witness banging on the gates of Heaven. We’ve all brought this on ourselves and need to repent before the altar of the International Panel on Climate Change lest our children inherit a landscape resembling the ash strewn plains of Mount Pinatubo. Or is it the snows of Antarctica? I forget.

We’ve grown tired of patiently explaining that there’s ample evidence that the earth warms and cools all by itself. Yes, it’s getting warmer right now but this may just be part of a normal cycle rather than because of human activity. Are we so certain, so arrogant, of our dominion over the earth that we imagine we hold the atmosphere and the oceans in our thrall? Eyebrows are raised, people shuffle in their seats, women clasp their jewellery and clench their buttocks and occasionally someone turns puce and reaches for the verbal axe. “The jury is no longer out on climate change. You deniers are a menace!” Ever reasonable, we ask how it is then that whole civilisations in the Indus Valley have risen and fallen over the millennia because of climate change and that whole cities moved as rivers ebbed and flowed. “Bullshit. Climate change is undeniable and we’re causing it”.

OK, what do we do about it? “We’ve got to use less fossil fuel”. You mean less of the fuel that powers your new Landrover or the 747 that took you to Europe and back at Christmas? “No, come on. The real problem is that we’re using too much dirty coal”. Then isn’t it hypocritical of us to sell that dirty coal to the Chinese? Isn’t that dirty money, profiting from the profligacy of the world’s biggest polluter? A momentary silence.

We press on. OK, why not embrace nuclear power as the one truly sustainable power source into the future? “Are you mad? The radiation from those spent nuclear fuel rods lasts for thousands of years”. Yeah but the technology is improving all the time and people like the Americans, the Europeans and the Japanese all have nuclear energy and think it’s safe. Why not Australia? “Because we just don’t. Read my lips. We don’t want it. You people are dangerous and mad”. And so it goes on in similar vein, with the veins in the necks of the protagonists swelling with the rising temperature in the room.

The real fireworks come when we mention the unconscionable hypocrisy of Australia not adopting nuclear energy to reduce greenhouse gas emissions itself but being more than willing to prosper from the sale of uranium to those countries that do. “You really are bloody mad! Bugger this, we’re going home.” The party then disintegrates, the remaining wine guzzled as the other guests avert their eyes and certainly their cheeks and our own significant others give us death stares. We stumble into the night to the trill of “Wow that new car of yours is nice!” or “Have a good time in LA!” without the slightest acknowledgement of the irony that hangs so heavily in the air.  Heavier than any greenhouse gas emission, that’s for sure.

A senior figure in the Labor Party we know tells us that most senior party figures now believe that the nuclear option for Australia is inevitable. But certainly not while Labor governs in loose coalition with the Greens. For them, such talk is heresy. They want to keep ploughing their thirsty four wheel drives into the Tasmanian bush to save the forests while forcing Labor to impose a carbon tax on industry in the life of the current parliament. In itself, this tax will do absolutely nothing to reduce global emissions while simultaneously pushing up the cost of living for us all. So who’s really mad? Go figure.